You Can Call Me Colonel: Understanding "Double Ranks" for Guards Officers

on April 27, 2019
One of the more unique aspects of the Foot Guards - and therefore of this recreated 4th Company - is the system of "double rank" for officers. This privilege afforded to the Guards from the late 17th century to nearly the close of the 19th is a distinction largely lost on those who see us in action at living history events. But for anyone who has read firsthand accounts of the Guards exploits in America (or even in Europe during this period), it certainly stands out and begs for an explanation.

On the surface, it's an easy enough concept. Certain officers of the Foot Guards, as members of His (or Her) Majesty's Household Troops, received "Army" ranks one to two levels higher than their Guards ranks. The practice began with King James II granting "double rank" to Guards Captains in 1687, assigning them ranks of Lieutenant-Colonel in the Army. King William III extended it four years later to Lieutenants in the Guards, granting them ranks as Captains in the Army. Ensigns would have to wait more than a century until after the Battle of Waterloo to receive their "double rank", though it did happen in 1815. And the whole of the system would be maintained until reforms by Secretary of State for War Edward Cardwell in 1871 abolished it.

Interestingly, and despite frequent assumptions to the contrary, the Foot Guards were not the first to receive this distinction. Rather, it was the more senior units of the Household Troops, the Horse Guards (later the Life Guards), who first obtained it. As author Julian Paget explains:


...many of [The Life Guards] officers had held senior ranks in the Royalist Army during the Civil War of 1642-49. When they went into exile with the King in 1650 they loyally agreed to serve in a lower rank and, to compensate them, Charles II ordered in 1661 that they should be allowed to hold a rank one above that of their actual appointment in the Army.

It would therefore take 26 years (and another king) for the same to be extended to the Foot Guards.


But what does any of this mean in a practical sense? And how might we apply it to our recreated 4th Company?

Well, as the official histories written in the late 19th century record, each company of the Brigade that departed for America in 1776 did so with three officers. They were, ranked according to seniority:
However, it was very rare to see any officer ever addressed by their full "double rank". In fact, we have yet to find any examples (primary OR secondary sources) that refer to an officer, for example, as "Captain and Lieutenant-Colonel ______". Instead, among other members of the British establishment as well as within the Guards, courtesies dictated that Guards officers be addressed solely by their higher ranks.

The former should be straightforward to the reader. After all, the King had granted the Guards "double ranks" so that they would interact with officers outside of the Guards as if they held the senior of their two ranks. It also meant that Guards essentially skipped several rungs on the promotion ladder if and when they ever left for a "marching" regiment. As James Stuart/Stewart (a Captain in the Coldstream Guards at the time of his death at the Battle of Guilford Courthouse) writes in a letter to England two months before the battle:


I suppose before this Campaign is over we expect to hear of a promotion having taken place at home which will include me as Colonel & then I can serve no longer with the Guards here, so most likely will be order'd home...even if I should be offered the appointment of a Brigadier General here, which I am resolv'd to refuse for reasons which at present I must keep to myself...(Corsar, p. 135)

Compared to officers in other regiments, Stuart is quite lucky to consider himself eligible for Colonel or Brigadier General, considering he had only purchased a captaincy in the Guards.

But interestingly though, primary sources indicate the same courtesy prevailed within the Guards themselves. Brigade Orders, for example, universally cite the senior company officer as "Lieutenant-Colonel" or "Colonel" and the second officer as "Captain". Thus, when O'Hara re-organized the Brigade into a single battalion in March 1781, his Brigade Orders assigned "Capt[ns] Cristie & Maitland" to command the light company. Both were technically Lieutenants in the Guards at the time.

And in case there was any doubt that this default to the higher rank was a formality only to be found in orders and not be exercised by the men themselves, it is actually confirmed by the personal correspondence of Guards officers themselves. Also in Stuart's letter, for example, he tells of "Colonel S., who goes home on account of his health" in January 1781. It was Lieutenant-Colonel William Schutz, himself a Captain in the Coldstream Guards, that departed to England during this period. Moreover, the journal of Coldstream officer George Eld recalls in January 1780 that he "returned to King's Bridge. On an out picked under the command of Colonel Norton". Lieutenant-Colonel Norton was technically a Captain in the Coldstream Guards at the time.


There is, however, one identified exception to this defaulting to the higher rank. And that is when a position alone rather than the officer's person is being referenced.

For example, 1st Battalion Orders from 1779 instruct "the Captns. or Commdg. officers of Companies" to complete certain duties. Since the Brigade's companies at full strength would have been most commonly commanded by officers ranked "Captain and Lieutenant Colonel" (although by late war and due to officers shortages, it was normal to see arrangements such as the more junior Cristie and Maitland in command), logic would dictate that the "Captns" mentioned in the orders were really those offices who would have been addressed as "Lieutenant-Colonel". And the "Commdg. officers" reference was likely to cover the event of a "Lieutenant and Captain" (addressed as "Captain") commanding in the absence of the more senior officer.

We also find Brigade Orders, for example, that instruct "one Capt[n]. & 20 Men to parade at the Guns at Ten oclock". On this occasion, it's difficult to determine with absolute certainty whether it would be the company's senior or second officer tasked with this duty. If we follow the logic of the preceding paragraph, however, we might assume it to again be the senior "Captain and Lieutenant Colonel" commanding officer, based merely on the fact that it was not a direct title of an an officer but rather a reference to the position.

A few gaps remain, of course, in our understanding. Namely, how were officers indirectly addressed or referenced? Would they colloquially have said they were following "the colonel's orders" or "the captain's", when referring to their senior company officer? Or in the heat of battle, would some claim to be seeking out "the colonel" or "the captain"? In the absence of definitive evidence, we can only attempt to logic our way out of these questions.

Yet in general, we can gather from primary sources that the Guards officers themselves were consistently addressed directly (both in orders and by the men themselves) by their more senior rank. Their commission (position, job title, billet, etc.) in the abstract, however, largely maintained the title of the lesser rank. These distinctions are admittedly fine ones to make, but nonetheless help us preserve a degree of historical accuracy as we seek to faithfully recreate the 4th Company.

Disagree or have comments/questions? Please leave them! Historical research is a process, and we are always learning ourselves. 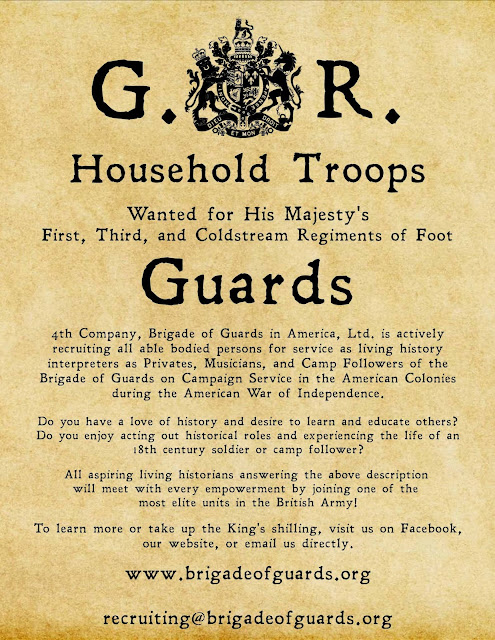